Python Philippines is a diverse community

Philippines is a country. Metro Manila is a part of the Philippines.

We started Python Philippines in Manila because a lot of tech companies operated here. It also helped that the region is where most of the board of trustees worked, making it easy to host meetups. By PyCon 2016, we've done 3 Python Conferences at Manila.

But the Philippines country is large and diverse with different cultures. We don't want Python Philippines to be primarily known as a Manila group. We want to spread the programming language to other parts of the country.

Different region in the ...

Why does Python Philippines have a code of conduct?

Why does Python Philippines have a code of conduct?One of the great philosophy of Python the programming language is that explicit is better than implicit. As the council leaders trusted by the Python Philippines community, we practice what we preached. We try to be explicit about good behavior between people. So we've adopted a Code of Conduct.

You'd think that this is unnecessary. But we are always surprised on how useful a CoC is. It not only encourages people to be nicer to everyone, but it gives us grounds for kicking toxic people from our groups. 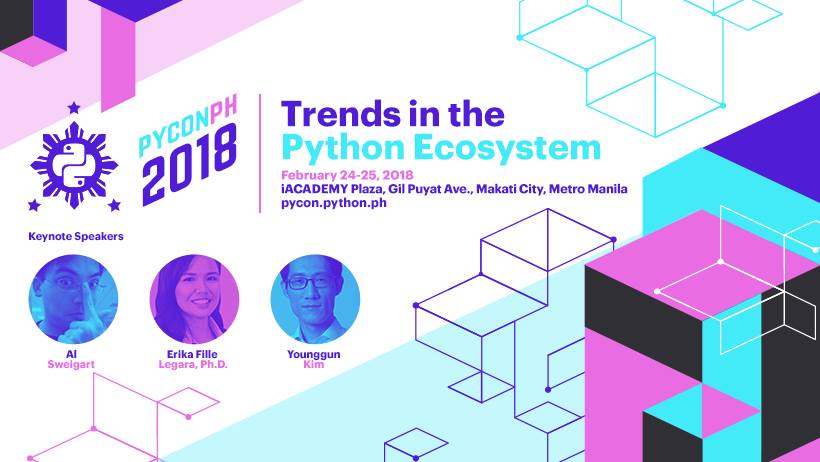 Ever since Python Philippines have been recognized by SEC as a non-profit, volunteer run organization, we've been hosting a yearly conference for Python programmers, aimed at all skill levels. Because of the spirit of volunterism, we have a high bar for the conference as we do not want to let the community down. And it shows.

With the 6th PyCon Philippines almost here, let's look at the topics that have turned up in the previous years: